The Mango Score is a metric helping assess influencers. It takes into account a weighted average of several criteria, such as Number of Followers, Engagement Rate and Comments/Likes ratio
20

Meet a tech YouTuber from California with the friendliest and sweetest personality born in 1992 – Austin Evans ladies and gentlemen. His content covers the best of technology from gaming PCs to smartphones and everything in between. Whether it’s finding out if that new gadget is worth it, discovering the coolest of retro and cutting edge tech, or testing the latest smartphone – you’ll find it all on Austin Evans’ YouTube channel.

He’s the perfect candidate to collaborate with over upcoming or popular tech, including phones, laptops, gaming consoles, and headphones. One of the top tech YouTubers actually has two channels: Austin Evans and This Is. Evans was previously known as duncan33303.

Ever since he was a kid the up and coming tech YouTuber loved anything and everything related to tech. He found absolute joy in playing Pokemon on his Gameboy. Not only was he passionate about computers and all sorts of technology, he also enjoyed telling stories. He would document everything that was happening after school through writing. Yup, he was that kid. But that’s pretty awesome. Unfortunately, being different from the other kids made him an easy target for the insecure bullies out there. Austin was shorter and smaller, so some of the other kids would tease him for that. The bullying got so bad that his Mom even decided to pull him out of school for his own safety. Missing out on social life due to being homeschooled, the tech enthusiast turned to his stories. He was looking forward to the end of homework (not that other kids don’t lol), so he could focus on his writing and creating. It was Austin Evans’ dream to be an author one day.

Once he got access to the internet, he was mesmerized by the opportunities he has to share his stories via social media with people in all parts of the world. That was life-changing for Evans. Discovering YouTube was an entirely different story. He used the platform to narrate his stories – little did he know he was gonna be one of the best tech YouTubers. Gradually the narrative videos turned into tech videos showcasing his passion and potential. And today it’s his full-time career and he loves every minute of what he does. So in a weird way he is grateful for the bullies that led him to being homeschooled, which created more free time for him leading towards his dream career.

His successful career isn’t the only thing the top YouTuber is proud of. Evans has been very successful in love as well. His best friend Karen (nope, she’s not an actual Karen – she actually seems like a very nice person) and him tied the knot in 2019. They share many sweet and funny moments as a couple on social media. Fun fact: if/when the couple has a son, they’re gonna name him Sam Francisco. Don’t ask. Just accept it. They’re a weird but cute couple.

When the tech vlogger’s house burnt down, he lost most of his possessions including his custom-built computers. But the tech community had his back. Unbox Therapy and tltoday led a team that arranged it so Evans got a brand new computer. There’s a heartwarming vlog that you can check out that captures Austin’s reaction. How cute is that?

Other than his YouTube channels, Austin Evans hosts The Test Drivers with Myke Hurley. It’s a platform in a podcast-format where the hosts discuss all kinds of tech topics with many influential people in the field. Follow Austin Evans for quality tech info and see what else he is up to these days. 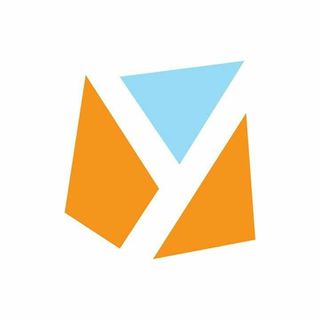