Judner Aura, the host, makes easy-to-understand tech content. He gives his opinion on a large variety of topics, from home electronics to e-bikes and pretty much everything in-between.

Everyone can send their products for review and if it’s good enough it will be featured in a “massive unboxing” series. Another way to collaborate with Judner is to become a video sponsor and be introduced in the first minutes of the video.

The now famous tech YouTuber started out and gained the public’s attention with his tech reviews. He reviews all sorts of things whether it is a video game, computers or some tech gadgets. Judner uses a pretty simple language when communicating with his viewers because one of his aims as an influential top tech YouTuber is that his content is accessible and therefore educational and/or informative for people of all ages regardless of their knowledge level on tech.

He started his channel back in 2012. Aura’s first video was an unboxing of a Canon on Speedlite 430 XII. Some of his most well-known videos are “Top 5 Features of PS4!” and “My Top 5 Favorite Headphones”.

Judner Aura proposed to his lovely girlfriend Arie back in 2014. The couple got married in 2016. They recently welcomed a bundle of joy into their lives – a cute baby boy Austin. Being one of the most popular YouTube tech reviewers on the platform, it made sense that he wanted to contribute to putting together the nursery of their dreams. Overall it’s a cute smart nursery dominated with foxes whether it’s a fox painting, fox art or a fox pillow. Jud made sure that anything that could potentially be smart was smart in baby Austin’s room, which included even the changing pad that’s actually a scale. It seems like he’s the more easy-going parent while Arie took on the role of an over-worrier. He seems like a loving Dad and husband.

One of the top tech YouTubers is on a steady path towards even more success and consequently more subscribers. His content usually involves him giving an in-depth analysis and review of all kinds of tech products ranging from phones, PC/Mac products, headphones, various game devices and a lot more. UrAverageConsumer has collaborated with many other well-known successful tech heads on YouTube including Marques Brownlee, Justine Ezarik and Mrwhosetheboss. His videos have a wide range of viewers because it allows both the people deeply involved and aware of the tech world to watch his videos gaining more perspective to debate about different topics, while it’s also done in a simple enough format for an average consumer to get introduced to and be informed on tech products. From what we get to see on YouTube and social media, Aura has a very likeable personality and communicates to his audience in a very relatable manner, which is definitely one of the major contributing factors to his success on such a huge platform. 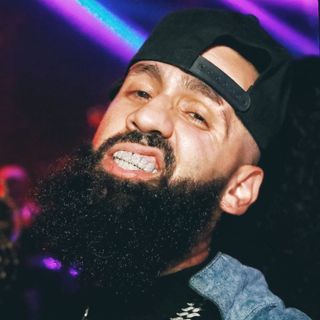