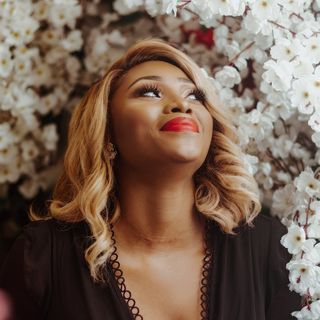 Chidimma Umeh popularly known as Dimmah Umeh is known and famous for being quite a famous Nigerian content creator, beauty, fashion and lifestyle blogger born on June 5, 1990. Dimma is well known for her makeup tutorials on YouTube. Her blog Dimmaumeh.com got the ‘Best Beauty Blog’ at the 2013 Nigerian Blog Awards.

Talking about the personal information about this young creator it is surely known that Dimma Umeh was born on June 5, 1990 in Enugu State and according to astrology the zodiac sign of Dimma Umeh is considered to be Gemini. The young Nigerian content creator originally hails from Anambra State, South eastern part of Nigeria. She was born into a Christian home and the first child in a family of 7 siblings. Dimma Umeh is from the Igbo tribe and based in Enugu State, Nigeria where she had both her primary, secondary and tertiary education.

Dimma Umeh had her primary and secondary education in Enugu State. The influencer attended University of Nigeria, Enugu campus where she studied Banking and Finance She also studied Entrepreneurship and innovation for her masters degree in the UK.

Umeh started blogging in 2012 where she shares beauty tips and lists products that she used.She came through with her first YouTube makeup tutorial in 2012. Dimma Umeh has over thousands subscribers on her YouTube channel and her makeup tutorials also boast of over 15 million views.

The nickname of Dimma Umeh “That Igbo Chick” was inspired from the “Half of a yellow sun” by Chimamanda Ngozi Adichie. Dimma Umeh has also been featured on numerous top magazines including Essence Magazine, Genevieve magazine and Guardian Life. Her blog Dimmaumeh.com had received the ‘Best Beauty Blog’ at the 2013 Nigerian Blog Awards.

Talking about the one question that many of the fans, supporter of Dimma Umeh are interested in, it is surely known that Dimmah Umeh is considered to be one of the most influential Nigerian YouTuber, whose net worth is estimated to be approximately $200,000.

Dimma Umeh is showing quite a high level of activeness on various social media platforms which happen to be YouTube, Instagram, Facebook, TikTok and Twitter.  The young Youtuber joined this social media platform and created her YouTube channel back on January 21 2012. So,  Dimma Umeh has more than 10 years of experience on YouTube. As of June 2022, the YouTube channel of  Dimma Umeh has more than 449 thousand subscribers. On her channel there are about 361 uploaded videos and more than 33.9 million total number of views.