Rian Allen Olaguer, better known by his YouTube names Rainimator and formerly Radapedaxa, is a Filipino animator specializing in animated Minecraft music video content, as well as a gamer. Rian Olaguer is considered to be 21 years old. Rian is a college student and aspiring programmer, animator who lives in The Philippines. He is currently enrolled in the University of Santo Tomas, and the De La Salle-College of Saint Benilde, both in Manila, Philippines.

He started his first channel Radapedaxa on May 10, 2011 and has become known for his Minecraft gaming videos and parody songs. In 2017 he created a new channel following a botched partnership with CubeWorks: Digital Studios and became Rainimator.

On June 29, 2017, Rain opened a new channel called Rainimator. His old channel, Radapedaxa, was changed into CubeWorks, which features top Minecraft songs, after being stolen from Rain in a botched partnership plan. Radapedaxa’s Youtube was originally just a standard gaming channel, however with the release of Shut Up and Mine, the channel’s popularity exploded, and more music videos were created. Most songs were parodies of pre-existing and highly popular songs, the most recurring parodies being based off songs by The Chainsmokers and One Direction. The content of the channel is unrelated, despite popular belief, to the current Rainimator Universe, as confirmed by Rainimator himself. Rain has created a series of parody songs informally known as the Herobrine Series. The songs of the previous channel were a group of parodies of pre-existing songs at the time that had been immensely popular. Such as “ Herobrine’s Life” , a parody of “ SOmething just like this” by the Chainsmokers and Coldplay, “ Take me down”, which is a parody of “ Drag me down” by One Direction, “ Monster Crew” a parody of Shape of You by Ed Sheeran and many others. The current YouTube channel of Rian is called Rainimator. As for now his channel has more than 1.85 million followers, 26 uploaded videos and more than 396.5 million total number of views. As Rainimator, he has made a new Minecraft Music video series ,known as Fractures, centering on a new character named Rain, who faces the challenges of a harsh world as mankind is forced to the brink of extinction. Most songs in this series are originals by either Blacklite District or THR3, with Wither Heart, a Season 2 Song, being made by Try Hard Ninja. Some of the songs were  “ Crafted”, a parody of Perfect by One Direction, “ Diamond Sword” parody of Demons by Imagine Dragons, or “ Hypixel Minigames” a parody of “ She looks so perfect” by 5 Seconds of Summer and many others.

Rainimator also shows a certain level of activeness on other social media platforms which happens to be Instagram, Twitter, and Facebook. The Instagram account of Rainimator is called radapedaxa. On this platform he shares his lifestyle, memories, photos from events, shows his love towards his hobbies such as cars, or painting. As for now, his account has more than 7K followers. As for Twitter, Rian’s channel is Rainimator and for now he has over 9K followers. He first joined this platform back in June 2017. The Facebook account is also called Rainimator. Here his account has about 4K followers. 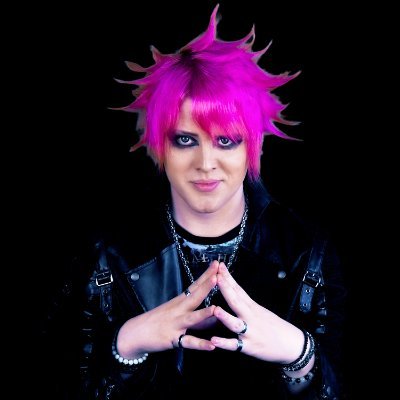