Lyca Jane Epe Gairanod was born on November 21, 2004. She is a Filipino singer and actress. She won the first season of The Voice Kids, where she landed a recording contract with MCA Music Inc. She subsequently made her first television appearance as an actress portraying herself in ABS-CBN’s  Maalaala Mo Kaya and guested in ABS-CBN’s Hawak-Kamay the following month.

Her family collected plastic materials, bottles, and other recyclable items for added income. Her father was a fisherman, and her mother, Maria Nessel Gairanod, scavenged used bottles and old newspapers. Gairanod helped her mother and sang for her neighbors in exchange for money and food. Gairanod said she was not forced by her mother to find recyclable materials but wanted to help her family and earn an allowance. During ABS-CBN’s The Voice Kids season one auditions, which aired on May 8, 2014, Gairanod performed Aegis’ “Halik”. She advanced to the sing-off round by winning the battle round on July 12, 2014, against Isaac Zamudio and Lee Marcelino. They sang “Isang Lahi” by Regine Velasquez. The battle round was followed by the sing-offs. Per team, two artists are chosen by their coaches for the live shows. Unlike in the battles where the coach picks the song for the artists, in the sing-offs, the song is chosen by the artists. She advanced to the semi-finals after being chosen by Sarah Geronimo as one of the two would-be representatives of team Sarah among five contenders. She advanced to the finals after singing “Pangarap na Bituin“. She received the highest number of votes. While Salonga stated that the song is usually sung by persons who have dreams to fulfill, Geronimo said that the child is slowly reaching her dream, and that she could help her family escape from poverty.

The voting mechanics for the live finals is based on the accumulated votes per round: power ballad round, upbeat song round, and a duet with a celebrity round. Voting lines are opened between the end and the start of each round. At the end of the three rounds, all votes are tallied and the artist who gains the highest accumulated votes is declared the winner. The first episode of the finals was opened by the top four artists with a medley rendition of Sponge Cola’s “Bitiw”, Rocksteddy’s “Superhero”, and Sandwich’s “Sugod”. Gairanod sang Regine Velasquez’s “Narito Ako” in the first round of the finals. She also sang Carly Rae Jepsen’s “Call Me Maybe” on the second round and Aegis’ “Basang-basa sa Ulan” on the third round. She was proclaimed the winner at the end of the competition.

Lyca Gairanod is also active on some social media platforms. On YouTube, her channel is Lyca Gairanod, where she has over 1.81 million followers. On this platform, she shares cooking videos, challenges, pranks, fashion-related videos and many more. Lyca’s Instagram account is lycagairanod.1 and on this platform, her account has more than 355K followers. 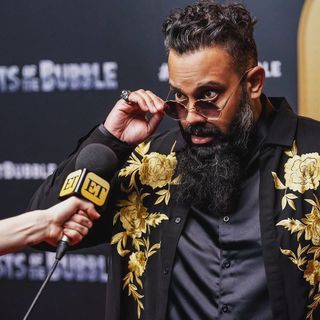