The Winklevoss twins are the physical embodiment of perfection. Tyler and Cameron were born in 1981 to Howard and Carol, who didn’t have any special educational background but still managed to support their twin sons at some very prestigious schools such as Country Day School and Brunswick School.

With the advice of their mother, Tyler and Cameron started developing an interest in rowing. At first, there was no rowing club at their school, but the brothers didn’t let that stop them and decided to take things into their own hands and convince the school admission to open a rowing club.

Cameron and Tyler are intelligent, hardworking individuals who have always been driven. They both enrolled in Harvard University, where they studied Business degrees for four years before graduating in 2004. The brothers enrolled in the Said Business School at Oxford University soon after that; they earned master’s degrees from there too!

In 2002 Tyler and Cameron, together with their friend Divya Narendra had the idea to create a social network designed for college students called HarvardConnection. In order to do that, the twins contacted several programmers, including Mark Zuckerberg. After stalling with his responses, Mark told Tyler and Cameron that he was too busy working on his own project. Soon after, Zuckerberg released Facebook, which was very similar to their idea according to the Winklevoss brothers. A long-lasting lawsuit started after that where the brothers were accusing Mark of stealing their concept.

In 2008 financial gains were not the only success the brothers had. The two of them together competed in the Summer Olympics in Beijing as rowers. With the passion for the sport, which the brothers shared since their younger years, it is not surprising that this was a major event in their lives.

After pocketing several achievements in rowing, they decided to dedicate their time to investments. It wasn’t long until Tyler and Cameron came across Bitcoin. While still being in its beginning stage, there was no guarantee for the success of the new cryptocurrency. However, with extraordinary business intuition or maybe just luck, the twin brother decided to make a multimillion-dollar investment into Bitcoin. At that point, one Bitcoin cost only around 10 dollars. Considering how the value nowadays has grown to multiple thousand dollars, you can only imagine the immense fortune the Winklevoss brothers made through their risky yet fortunate bet.

But even with such adventurous and prosperous lives, the Winklevoss brothers are just like normal twins in that they share a lot of common interests. They live together, work alongside each other, and, if given the opportunity, even go together on blind dates. There are certainly not a lot of differences you’ll find between the Bitcoin guru twins.

They both have a social media presence on Twitter, with Tyler leading the charge having more than 800 thousand followers and Cameron not far behind at 500 thousand. They both love using the platform for sharing ideas with their followers. 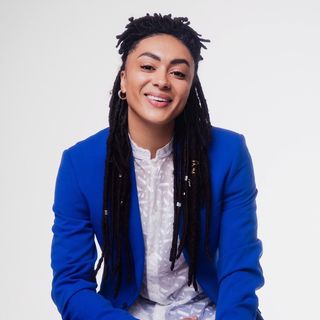