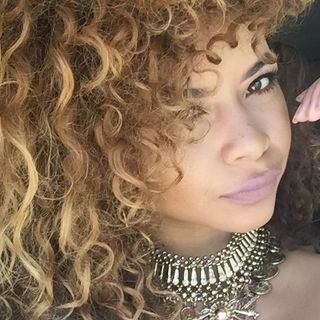 Crystal Westbrooks is 28 years old as of 2021. She was born on March 6, 1993, in Florida under the birth sign Pisces. Her mother’s name is Candice Westbrooks and father’s name is Warren Westbrooks. They are the owners of the cigar and landscaping company, Royal Blunts. She has six siblings alongside two brothers and four sisters. Her brother’s names are Pop and Blake. Further, she has three elder sisters named Brooke, Morgan, and Bree and a younger sister named India who is an internet celebrity. Likewise, she belongs to mixed ancestry having American, African-American, Mexican and Creole roots. Though she was born in Florida, she grew up in Compton, Southern Los Angeles, California,

Moving toward Crystal Westbrooks’s educational background, she went to Ambler Avenue Elementary School in Carson and later attended Santiago High School located in Corona. When she was in school, she was fondly called Hippie who was a free-spirited person with a very communicable personality. Her dressing sense is a testimony to her free-spirited nature. For her further education, she enrolled at Texas Southern University (TSU), in Houston, Texas, where she majored in business finance and earned her degree in 2016.

Talking about Crystal Westbrooks’s professional career, she is a popular American personality who got inspired by the success of her younger sister India. She first started her own internet career and launched a Tumblr account. Like her sister, she again created her Instagram account.

She uploaded her first Instagram photo on August 30, 2013, wearing a tight white t-shirt and jean shorts. Gradually she started attracting more fan followers to her page with new pictures. As her notoriety increased, brands from all over the world started inquiring about her modeling aspirations. Then, she initially communicated with an online fashion retailer Harley Dreux, and she took no time to accept the offer, officially becoming a model.

Likewise, she soon became more popular, which resulted in new modeling offers. She started acquiring agreements with a number of popular brands, including The Queen Pegasus Makeup, Tiffany Jewels, Eburns Styling, Slender Me Medical Health Spa, and many others. Then she also launched her own line of hair products. Her fans were always interested in how she maintains her golden locks, and she used their interest to make herself indeed more famous, with the hair product line named Crystal Curls. Her hair products consist of shampoos, leave-in conditioners, and conditioners. Consequently, she also launched a range of affordable swimsuits on her website. Her site ‘Crystal Bleus’ markets swimwear for women. She herself has fashioned for her site, which sells apparel at an affordable price.

Reflecting on Crystal Westbrooks’s relationship status, she seems to be in a relationship with the rapper Steven Russell according to reports. However, she has not confirmed her relationship on her social media handles. She is currently focusing on her career.

Previously, she has dated rapper as well as actor Drake. Her relationship with Drake resulted in a fight with her younger sister India. Since her younger sister India had already dated Drake for some time, she could not endure the idea of her sister dating her ex-boyfriend. They both posted many comments on their individual Twitter accounts and were also seen raging against each other. However, the fight has already settled down. 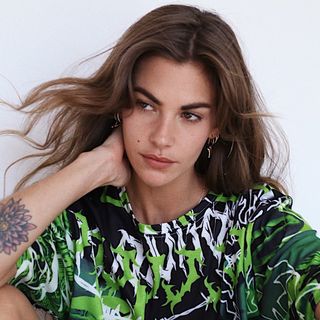