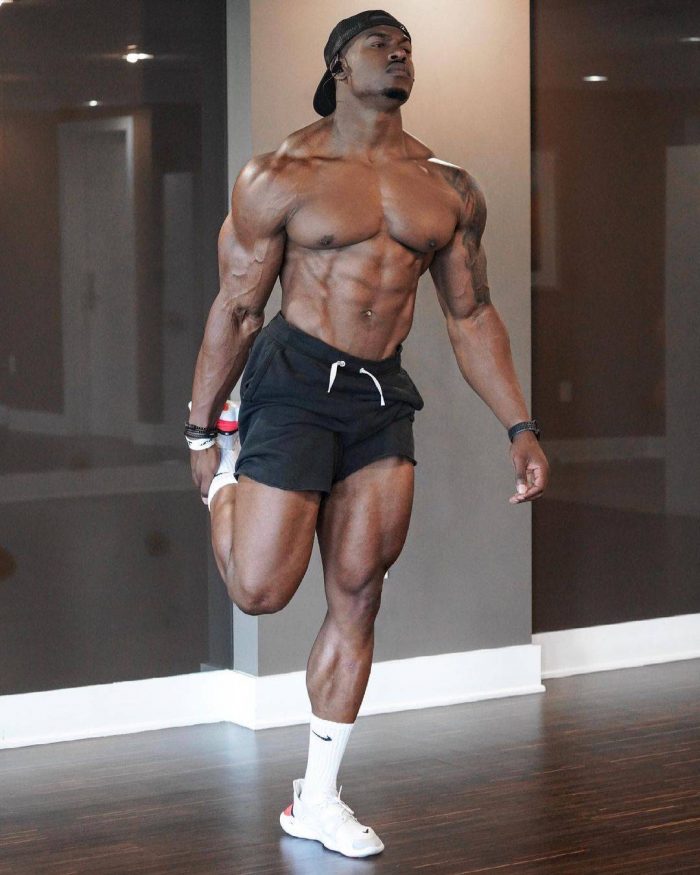 Getting a muscular body shape is one of those things in life which needs a lot of time and strict discipline. Exercising a couple of minutes here and there or visiting the gym once in a while is certainly not enough to achieve a goal like that. You might have to do an entire lifestyle change if you actually want to pump those muscles.

Simeon Panda, an extremely likable guy from Great Britain, is one of the most famous fitness influencers on social media. Besides that, he’s also a successful entrepreneur with his own fitness brand, “Just Lift.” Not only does the brand have fitness wear but also other necessary equipment and accessories. His body shape is the result of highly rigorous training and a clean diet.

Throughout the years, Simeon Panda managed to build a substantial social media following of people who were inspired and amazed by his willpower and strict lifestyle. On YouTube, where Simeon shows various tutorials for those interested in getting fit themselves, he has reached almost 3 million subscribers. And on Instagram, the fitness guru has nearly 8 million followers who can enjoy his lifestyle and exercising pictures and even get short video insights into his training routine.

When browsing the internet for fitness content, you might come across some websites which use photos of Simeon Panda accompanied with various inspirational quotes. However, the young fitness enthusiast is not really in favor of such motivational quotes. Simeon wants to communicate to his followers the importance of challenging and rigorous work for achieving your goals. In his opinion, simple pictures that are just posed in various luxurious settings aren’t a good source of inspiration.

Rather than valuing financial benefits, Simeon Panda gets his motivation from being able to overcome obstacles and limits of his body with his hard work.

When you look at Simeon Panda’s pictures through his social media, it might never cross your mind that this guy ever had issues with his body image. But things aren’t simple like that, even for fitness gurus like Simeon, who inspire millions of people with the way they look. The successful influencer started his journey when he was only 16 years old. Even though doing some sports, the results were not very pleasing as he had a skinny figure. But thanks to one of his classmates, Simeon discovered weight training which changed everything. After asking his classmate for advice, he bought some weights and started training which helped him gain muscles and come closer to the body that Simeon wanted to achieve. Seeing the change happen and receiving positive comments from other people around him motivated Simeon Panda to keep going on.

Nowadays he is exercising seven days a week and hardly takes a rest. However, there are often critics accusing him of using steroids. But Simeon Panda says that he has achieved his body only using hard without any enhancing substances. In order to prove that, Simeon Panda has even gone to some extremes like taking a lie detector test or participating at Musclemania, where participants aren’t allowed to use substances for muscle gain. Even though some people continue being skeptical, all the tests have shown that Simeon is steroid-free.