Jose Marie Borja Viceral, popularly known as Vice Ganda, is a Filipino comedian. Talks show host, television presenter, actor, entrepreneur and singer.  He is a regular host on ABS_CBN’s noontime variety show “ It’s showtime”, and has starred in several films, eight of which are considered to be the highest grossing in Philippine cinema. Before coming out to his family and loved ones, Vice Ganda was known as “Tutoy”, which was his nickname as a young boy. He is the youngest of five children, Vice Ganda grew up in the neighbourhood along José Abád Santos Street in Manuguit, Tondo, Manila. Vice’s father, who is a native of Tayasan and a barangay captain in Todo, Manila, was murdered when he was young, prompting his mother to leave her children to work abroad as a caregiver. Vice Ganda studied political science at Far Eastern University.

Vice Ganda started out as a singer, then as a comedian for Punchline and The Library, whose owner Andrew de Real gave him the stage name “Vice Ganda”. There he spent several years developing his material in the comedy clubs. His career began to build after appearances on television and reviews from tabloid columns. Vice Ganda appeared in several television series and sitcoms such as Dyosa, under the direction of Wenn V. Deramas. He also had another supporting role in the drama series Maging Sino Ka Man: Ang Pagbabalik. In 2009, Vice Ganda became part of Showtime, a talent search program where he eventually gained his present role as a regular presenter and judge.  Currently, Vice Ganda is under the management of ABS-CBN, and handling him is business unit head Deo Endrinal after being managed for four years by local entertainment columnist, host Ogie Diaz. In 2016, he became one of the judges in the Pilipinas got Talent..

In 2011, Vice Ganda released his first studio album, Lakas Tama under Victor Music. It features mostly pop and novelty songs, including “Palong Palo”, written by Callalily frontman Kean Cipriano. He is also included in the compilation album of Showtime, released by Star Records. In 2012, Vice Ganda starred in the Filipino comedy film This Guy’s in Love With u Mare!under Star Cinema and Viva Films, directed by Wenn V. Deramas. In 2013, he made another movie called Girl, Boy, Bakla, Tomboy. In 2013, he released his 2nd album, self-titled, and debut album under Star records. In 2014, Vice Ganda released his 3rd album, entitled Trending, which featured the song Boom Panes and Push Mo Yan Teh! On July 16, 2016, Vice Ganda launched his first book titled President Vice: Ang Bagong Panggulo ng Pilipinas, a parody about how he would deal with problems of the Filipinos in case he was elected the next president of the Philippines.

Vice Ganda is active on various social media platforms such as YouTube, Instagram and TIkTok.  The YouTube channel was created back on July 19, 2018. The channel is Vice Ganda ABS-CBN. As for now, Vice Ganda’s channel has more than 520K subscribers, 285 uploaded videos and more than 85 million total number of views. The Instagram account of Vice is considered to be memeviceganda, which has more than 348K followers. Vice also has a TikTok account, memevicegandaaa, however he is not active on this platform. 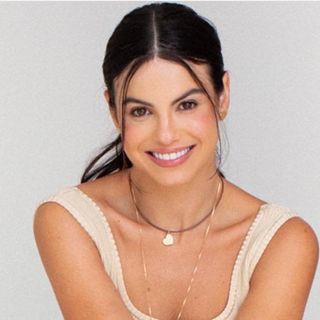