Jan Rommel “Jak” Osuna Roberto was born on December 2, 1993. Jak is a Filipino actor, model and singer. Jak Roberto was a member of the trio boy band 3LOGY alongside Jeric Gonzales and Abel Estanislao. Roberto is currently working as an exclusive artist of GMA Network, and is known for his role as Andres “Andoy” dela Cruz in the 2017 television series Meant to Be. Roberto is brother to fellow GMA artist Sanya Lopez.

Jak Roberto was born as Jan Rommel Osuna Roberto in Nagcarian, Laguna, Philippines of parents Ramil Roberto and Marlyn Osuna. He has a younger sister named Shaira Lenn Osuna Roberto, popularly known under the stage name Sanya Lopez.Roberto currently resides in Tandang Sora, Quezon City with sister Sanya. Roberto started his career as a regular co-host of Walang Tulugan with the Master Showman. Roberto later appeared in small roles on various programs of GMA Network. In 2014, Roberto portrayed Ambo in the afternoon series The Half Sisters. In 2015, Roberto joined the trio boy band 3LOGY with Jeric Gonzales and Abel Estanislao, the group released a self-titled album under GMA Records. In 2017, Roberto portrayed Andres “Andoy” dela Cruz in “Meant to Be”.

Jak Roberto is showing a certain level of activeness on various social media platforms which happen to be YouTube, Instagram, Twitter and TikTok. On YouTube Jak has had a presence for already 3 years and his channel was created back on January 13, 2019. His channel is called by his name and surname Jak Roberto. On this social media platform, Jak shares very interesting, funny content such as challenges, pranks, videos with her girlfriend, videos connected with his car and many other content. The very first video that was posted on his YouTube channel is called “ Barbie and | 2nd Anniversary”. This video was uploaded back on July 22, 2019 and it gained more than 2.9 million views, over 105K likes and more than 3K comments. In the descriptions Jak  wrote: The women will just tell you not to buy flowers or make a reservation at the restaurant to date on your Monthsary, Anniversary, Valentines day etc … They will say that she is okay, next time celebrate blah blah blah … but it’s not true that is, those tools are just out of their noses, because the truth is that they are still thrilled when we make an effort rather than when we give away material things, because they feel they are important. As for now, Jak’s YouTube channel has more than 3 million subscribers, there are over 57 uploaded videos and more than 121 million total number of views. As for Twitter, Jak Roberto joined this platform and created his channel back in November 2021. His channel is Jak Roberto and here he has over 136K followers. On Instagram Jak’s account is jakroberto and the audience of this platform is exceeding 1.7 million. The last platform on which Jak Roberto has a presence is TikTok. His account is called hijak02 and his account has more than 1.8 million followers. 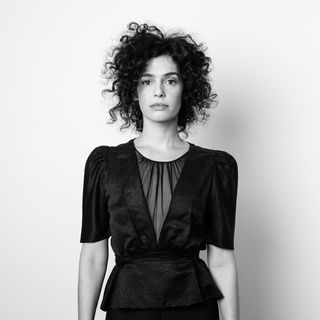