The Mango Score is a metric helping assess influencers. It takes into account a weighted average of several criteria, such as Number of Followers, Engagement Rate and Comments/Likes ratio
75

Oh this travelling duo! Their friendship is as amazing as they are. Henry the dog and Baloo the cat are both rescue animals, which, luckily, appeared to share the passion of their owners: hiking.

There is a belief that dogs and cats can’t go along well, that they tend to always fight and harm each other. However, Henry and Baloo have proved us wrong. Henry is a tall and lanky German Shepherd, Husky, Boxer, Staffordshire Terrier and Aussie mix and Baloo is an ordinary cat. Together they make a perfect duo, except for the fact that they’re different species.

Before their union lies a big history. Their owners, Cynthia and Andre, are from different parts of the US, New Hampshire and Texas respectively. They met in Boston and after marriage decided to move to Colorado, inasmuch as both of them hated a city life, they are seekers of nature, of new adventures. After some time of intensive hikings in the mountains they decided to extend their family by adopting a dog. After while they found Henry, formerly known as Buttercup, when he was just 3 months old. Andre says that they bonded to each other immediately when Henry crawled into his lap going belly up right away. Henry was born in the streets and then taken by a rescue center to care. It is worth to say that Henry surprised Cynthia and Henry right during the first hike when Henry quickly jumped on a steep rock to get a better view. They were so happy that they found the perfect dog who loved hiking and adventures like them.

A year later Cynthia realized that a big percentage of her posts on Instagram was occupied by Henry. It was at that moment that she opened a page only for Henry. The page started to gain followers consistently. People loved to watch a dog travelling all across the continent and climbing mountains. After some time, there were 30K active followers. At that time Cynthia and Andre wanted to adopt a new friend for Henry. After months of desperate searches, Andre found a cat who, like Henry, was different from other kitties, he had a lot of energy. Andre spent an hour with this cat and realized that they should surely bring it home. They called it Baloo. Surprisingly Baloo and Henry created a great bond with each other, they became best friends.

Now they have one Instagram page, where over 2M people follow them in every adventure, hike they go with Cynthia and Andre. Their page is full of high quality pictures from their hikings, sometimes also from home in very cute positions, for example more often you will see Baloo resting on Henry’s head or them cuddling in a tent or somewhere else. 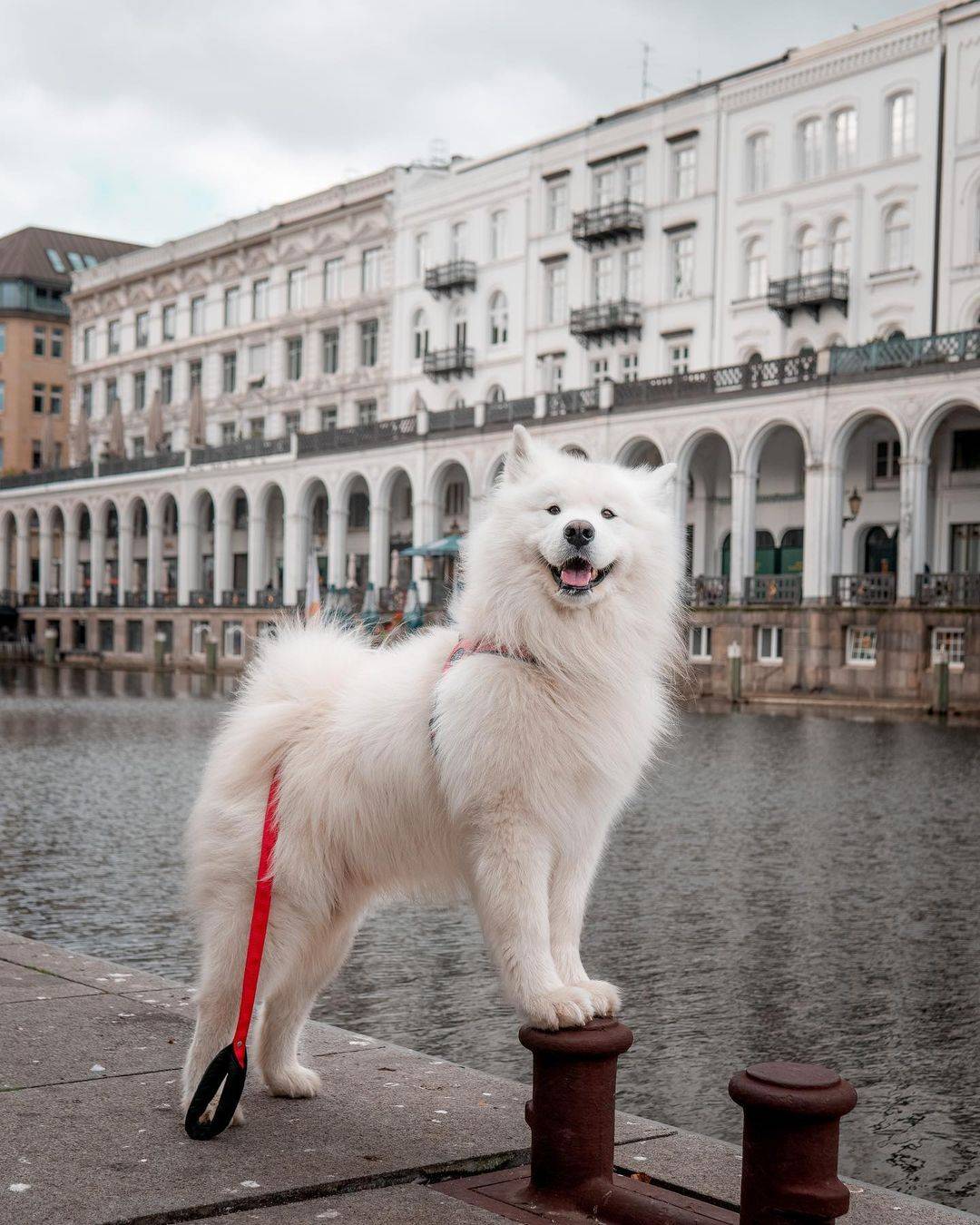