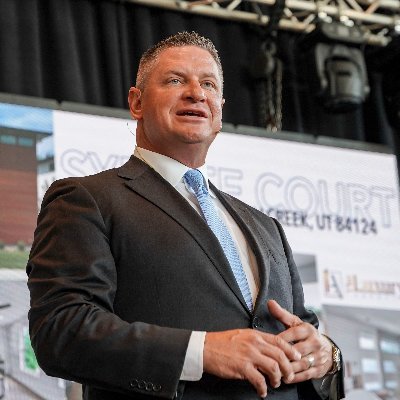 George Morris is a mindset coach, public speaker, and entrepreneur who has been called the “Billy School” for his work with athletes. George Morris is also known as CEO of Everest Sales System and helps people elevate their lives by focusing on self-development in three key areas. Firstly,  finance management skills, secondly, personal growth habits such as meditation or food and finally consumption patterns which can lead people down an entirely new path towards wellness if chosen carefully, these all contribute to one another. George Morris always mentions that the main goal of his life is helping people. George Morris  is a real mystery man who keeps all the private and detailed information such as about his education, family, upbringing, nationality, even his birthday. However, according to the highlight located in the Instagram account of George Morris we can say that George has a quite big family. He is married and has six children, three sons and three daughters. The family also has pets by saying more detailed three dogs already for some years, approximately six months ago the family welcomed their new friend named Cooper. It is known that George Morris was adopted and approximately 2 and half years ago he could find his birth mother, whose name is Jeanne Atthowe Kelly. She has a private Instagram account too, which is snowblake55.

George Morris is the owner of Century 21 Everest, the number one producing Century 21 office all over the world. As the founder and CEO of Everest Sales System, and one of the industry’s leading brokers, George Morris brings more than 25 years of real estate knowledge and experience in order to help real estate professionals take their business to the next level. Everest Sales System is a professional coaching system specializing in real estate agent production and brokerage leadership. The company has Instagram account and it is everestsalessystem.

George Morris is showing a high level of activeness on various social media platforms which happens to be Instagram, Twitter, TikTok and Facebook. On Instagram George Morris has had a presence for more than 8 years. The very first post was done on April 12, 2014. George Morris posts almost every day, he likes to share photos with his family members, of his children, George is lover of selfies, he also shares photos from different events, photos during his speeches or coaching lessons, places, sometimes George Morris posts the short parts form his speeches and work related posts also have their own place on George’s account. The Instagram account is georgeqmorris. As for now, his account has more than 17K followers. To Twitter George Morris first joined back in August 11. His channel is George Q. Morris and as for now the channel has only 40 followers. According to George’s Twitter channel, he lives in Salt Lake City, Utah. As for TikTok, George Morris’s account is georgeqmorris.coach. Here, his account also has quite a small audience, it exceeds 40 followers. The Facebook account of George is George Q Morris. On this platform his account has about 300 followers.