Louis Cole, also known as Funforlouis, is a 38-year-old British influencer who has 2 million subscribers on YouTube and 1 million followers on Instagram. He lives by the motto “Peace out, enjoy life, and live the adventure”. On his YouTube channel, he posts daily vlogs and documents his travel adventures.

Before creating his current channel Louis had another one called “Foodforlouis”. He ate different and unusual foods and reviewed them. But in 2012 he got into trouble with RSPCA after he posted a video eating a live goldfish. In the past, Cole has eaten locusts, a raw heart, maggots, roadkill rabbit, roadkill pigeon, a frog corpse, ragworms, and scorpions. He admitted his guilt and decided to change his content completely and recently became a vegan. He doesn’t know much about it but he is willing to learn and bring his audience along the journey.

Cole also does charity work. He purchased and renovated a double-decker bus in 2007, equipping it with music and video game facilities to help homeless youth. It’s called “The Boombus project”, which now receives funding from local council wards.

In the same year, he started all over by taking a road trip around the UK and posted his journey on his Funforlouis channel. Since then he has partnered with Land Rover, Sony, and tourism brands worldwide, among others. He likes to explore the world and do short interviews of local people discussing the secrets of their culture. Louis’s goal was to allow others to see the world through his eyes and judging by the numbers he has accomplished his goal. 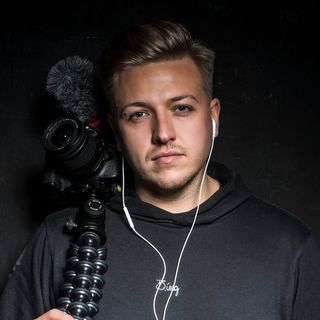