Erika Chryselle Gonzales Gancayco, born September 20, 1990, better known by her stage name Erich Gonzales, is a Filipino actress. She is a contract artist of ABS-CBN’s star magic. She started her showbiz career at the age of 14, as a contestant of the reality talent search Star Circle Quest. She came to prominence in her lead role Katorse

After winning Star Circle Quest, she changed her last name from Gancayco to Gonzales, her mother’s maiden name. Because of the start of her entertainment career, Erich finished her high school years at ABS-CBN Distance Learning Center and attended college at Trinity University of Asia, where she majored in mass communication. The youngest of 3 siblings, Gonzales was born in Cebu City but raised in Davao City.

Her career began when she won as Grand Questor in the second season of the reality talent search Star Circle Quest 2005, and later became a part of ABS-CBN’s home-based training and management program,Star Magic after her win. Erich became a familiar face as she appeared in numerous shows and dramas as a supporting actress, such as Dorina in the hit phenomenon TV series  Mga Anghel Na Walang Langit.

In May 2012, Erich began working on her biggest project of the year, Suddenly It’s Magic, a film with Thai actor Mario Maurer under Star Cinema. With the collaboration of Filipino and Thai production teams, actors, and actresses, the film is the first Filipino-Thai movie created between the two countries. The official movie was released on October 31, 2012, in the Philippines, March 14, 2013, in Thailand, and March 28, 2013, in Cambodia.  In 2014, Erich Gonzales and Enchong Dee had a reunion movie project with JC De Vera in Once a Princess. She played her most challenging role to show her versatility as the second wife in the upcoming Primetime teleserye hit Koreanovela-remake series Two Wives, opposite Jason Abalos, alongside Kaye ABad, Patrick Garcia and Rayver Cruz.  After the movie Once A Princess, she was reunited with JC De Vera in MMFF’s Shake, Rattle & Roll XV “AHAS”. She will portray a new challenging character as a Twin-snake in a Mall which again shows her versatility as a brilliant actress of her generation.  In 2015, Gonzales had a Special Finale Participation on the highly anticipated TV Series, Forevermore as Alexandra “Alex” Pante. In July 2017, a young businessman named Xian Gaza sent a coffee invite to actress Erich Gonzales via billboard at the corner of Recto Avenue and Morayta, in the city of Manila.  Gonzales eventually declined the offer, saying that after she saw Gaza posting lengthy messages on social media, she became uncomfortable and decided not to meet him. She added that a guy does not have to be over the top to get her attention.

Erich is active on various social media platforms such as YouTube, Instagram, and Facebook. The YouTube channel, Erich Gonzales, was created on February 10, 2019. Here, Erich posts cool videos and shows a little part of her life to her subscribers. Her channel has 1.68 million subscribers. On Instagram, her account is erichgg, and has more than 5 million followers. As for Facebook, the account is Erich Gonzales and the audience here exceeds 12 million followers. 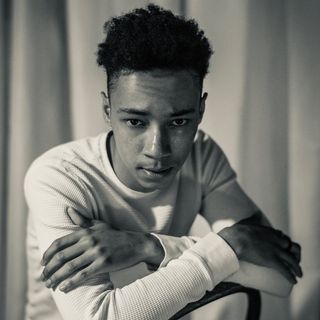