YouTube is a platform that you can personalize according to your likes and dislikes. You can also find people who share the same interests as you. If you’re interested to learn about the topic of the hour, LGBTQ+,  then here’s a list of gay YouTubers that you can follow to stay up to date. Since there are a growing number of LGBTQ+ creators on YouTube, it can be hard to keep track of all of them.

This blog will introduce you to some of the most famous gay YouTubers out there. These creators have made a name for themselves by being authentic and honest about their lives as LGBTQ+ individuals. They produce content that is funny, informative, and inspiring. If you are looking for a new favorite creator to follow or just want to learn more about the LGBTQ+ community, then these are the people you should check out.

Lucas Alan Cruikshank was born and raised in Columbus, Nebraska.

He is known for the character Fred Figglehorn and the associated Fred series.

Lucas Cruikshank, who started his YouTube channel in 2005, created the famous character of Fred. Fred was a channel that uploaded goofy, short films playing the over-the-top persona back in the early days of YouTube.

As of now, Cruikshank renamed his channel “Lucas” and continues to upload videos to it. Cruikshank now focuses on content related to LGBTQ+ awareness on YouTube, thus making him one of the most famous gay influencers. This isn’t surprising as he was one of the platform’s early original creators. However, he now appears as himself and has entirely retired from the Fred character.

Earnings: Lucas is one of the best gay YouTubers and has a net worth of $6 million. 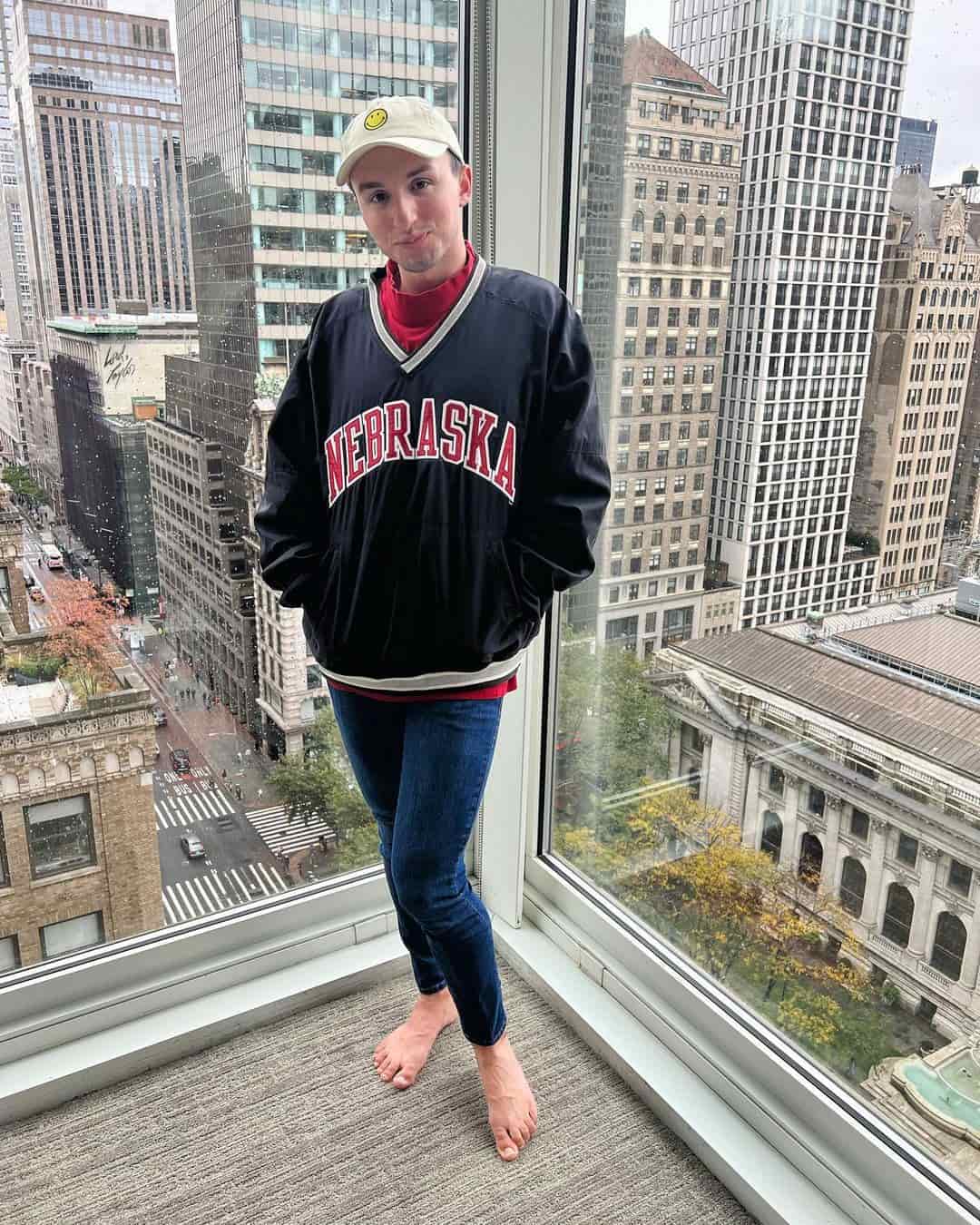 He hails from California.

Brandon Rogers is a sensation best known for one of the most impeccable self-titled gay YouTube channels. Rogers is well-known for his impression videos, in which he imitates superstars such as Regis Philbin and Ellen DeGeneres.

Rogers is one of the most popular gay YouTubers, with over 4.4 million subscribers, and many of his videos have received millions of views. Brandon’s work has earned him accolades, such as Scripted Series and Acting award at the 9th Annual Streamy Awards. His abilities have led to further possibilities, including a 2019 partnership with Comedy Central for their “Under the Influencer” campaign, in which he took over the company’s social media platforms for a week.

Earnings: Rogers has an estimated net worth of $1.72 million. 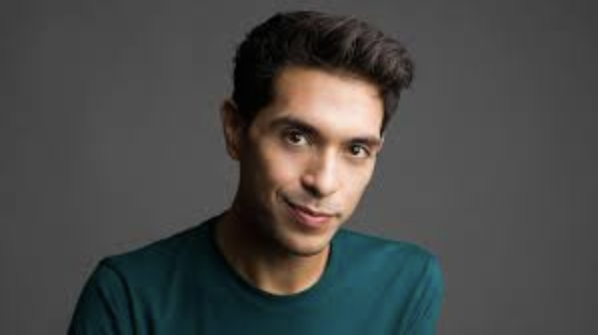 Scott hails from Texas and currently resides in California.

His parents misunderstood him during his adolescence. Thus, Scott spent a lot of time in his room. Music became a source of solace for him, making him one of the best LGBTQ YouTubers. Scott Hoying has openly claimed to be gay as LGBT stories proliferated across many channels. He frequently promotes love for all people, regardless of sexual orientation.

Professionally, he has a YouTube channel called Superfruit with over 2 million subscribers, where he broadcasts vlogs. After winning The Sing-Off in 2011, he rose to stardom. Since then, he has been known to be one of the most famous gay YouTubers.

Earnings: Scott is among the wealthiest gay influencers, with a net worth of $10 million. 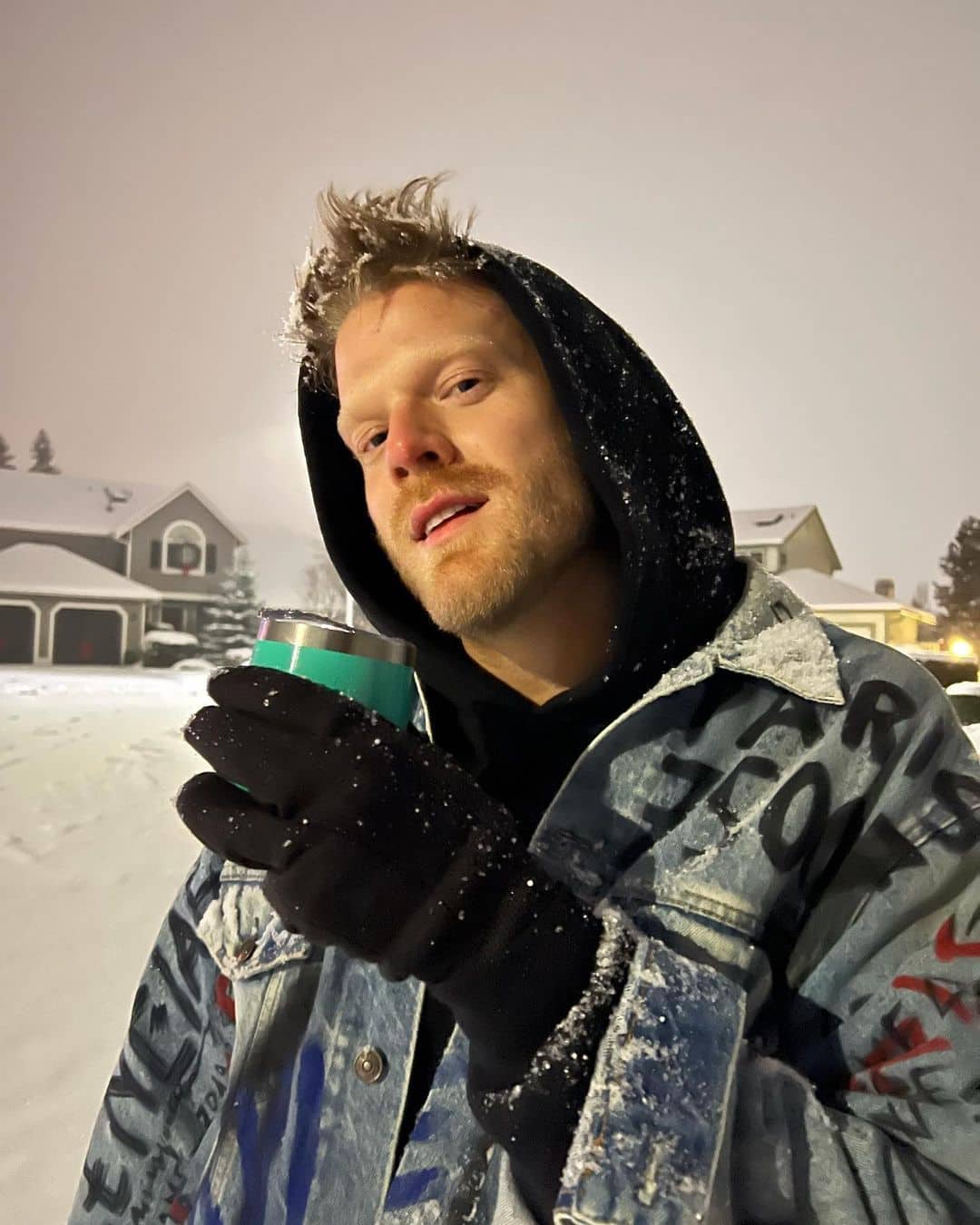 Davey was born and raised in Rhode Island.

His real name is Jonathan.

Wavey regularly appears shirtless while talking about love and sex on his YouTube channel. He covers the less-talked-about topics and busts myths like that all gay guys are hairdressers or sexually promiscuous or weak.

Furthermore, he characterizes his videos as centered on the misunderstandings, stigmas, and challenges within our LGBT community. They include slut-shaming, a lack of respect for older gays, fem-shaming, HIV, and body concerns. Undoubtedly, he is among the elite gay YouTubers who have shared their own coming-out stories.

Earnings: Davey Wavey, being one of the most exceptional LGBTQ YouTubers, has an estimated net worth that lies in the range of $1 million to $5 million. 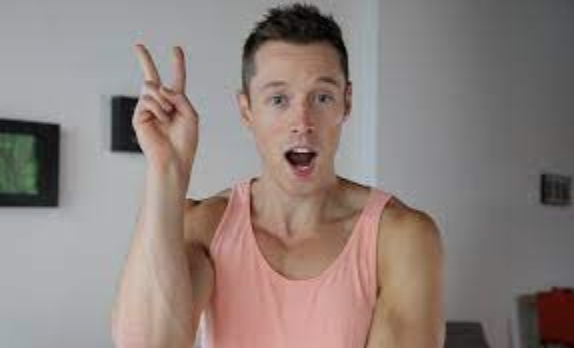 He is known to be one of the most admired black gay YouTubers.

Rickey Thompson is a gay influencer who rose to fame on Vine. He is known for his hilarious and relatable videos about gay culture. Rickey has over 800,000 subscribers on YouTube and often collaborates with other gay YouTubers. The influencer has now transitioned to YouTube, where he continues to make funny and relatable content.

You might recognize him by the person who has participated in various prevalent challenges, including the ‘Whisper Challenge,’ ‘Makeup Challenge,’ and ‘What is in my Hand,’ among others. Rickey also appeared in the online series Foursome.’

Earnings: Rickey has an estimated net worth of $1 million. Issa Twaimz, often known as Twaimz or Issa Christopher Tweimeh, is an American musician, online comedian, Viner, Instagrammer, YouTuber, and a well-known social media influencer. On his YouTube channel, he is famous for his fun musical vlogs. He appears in the Fullscreen series “Party in the Back” as a co-star.

Furthermore, he is incredibly popular on other social media platforms such as TikTok, Instagram, and others and YouTube. Twaimz was on top of the world when he mysteriously vanished from the internet. His fans delved deep, but Twaimz was nowhere to be found.

Earnings: The net worth of Issa Twaimz is not available on the web. Jimmy was born in Boston, USA.

He has majored in theatre

Jimmy has had a lot of unique opportunities in his career, one of which was the chance to collaborate with Jimmy Kimmel, a fellow comedian. In an episode of Jimmy Kimmel Live, Fowlie performed a variety of characters. He’s also collaborated with numerous well-known actors and actresses, including Emma Stone.

If there’s one thing Jimmy has done consistently throughout his career (apart from making people laugh), it’s shown his support for social justice and human rights causes. Jimmy has been an ally in the fight against racism and his support for the LGBT community. He’s made a point of using his position to promote diversity and raise awareness.

Earnings: The estimated net worth of Jimmy lies between $1 million and $5 million. 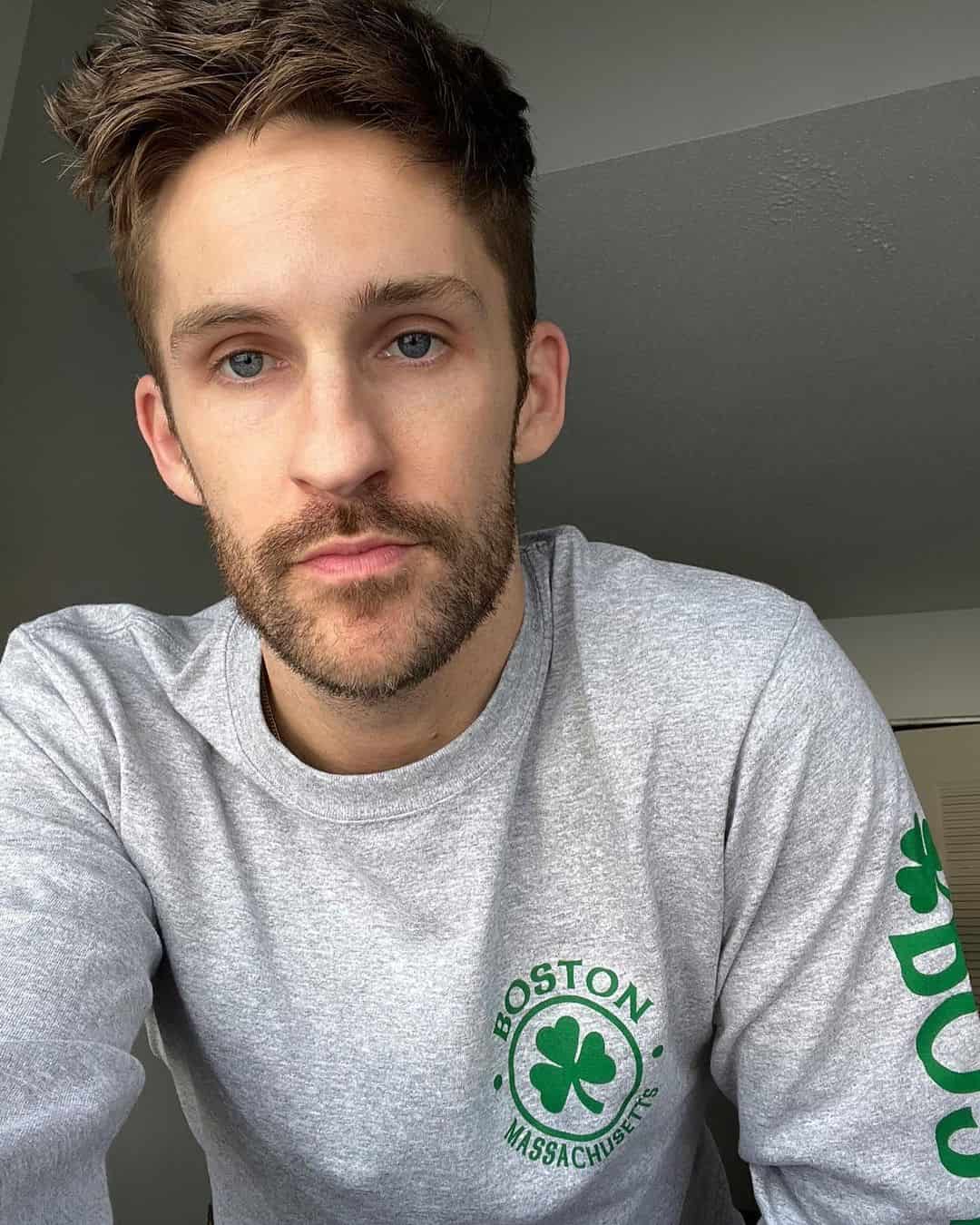 Mitchell was born in Ontario, Canada.

Along with Gregory Brown, Mitchell Moffit is the co-creator of the renowned YouTube channel asapSCIENCE. More than 9 million people have subscribed to the channel. “Greg and Mitch,” a sister channel run by the two, with over 800,000 members. They are thus well-known to be one of the most inspiring gay YouTube couples.

He has been featured in Forbes’ 30 Under 30 list and the New York Times Bestseller list for his three publications. Mitchell got the Meritorious Service Award of Canada and was the Face of YouTube Education. Moffit is openly gay and has been dating Gregory Brown for a long time.

Earnings: The estimated net worth of Mitchell is $1.5 million 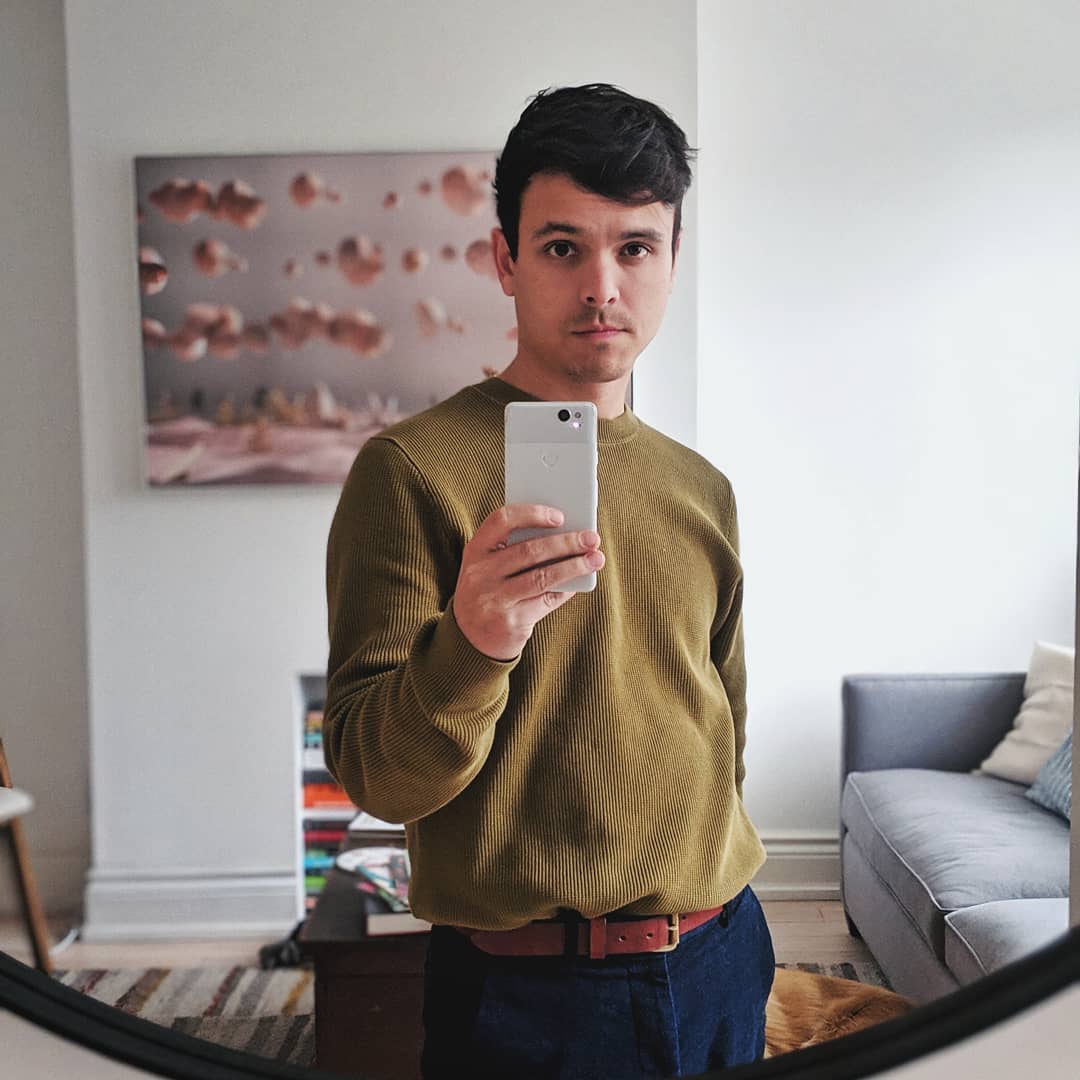 Calum was born in Nottingham, England.

He has a graduation degree in creative writing from the University of Derby.

McSwiggan began his career as the editor of the University of Derby student magazine in 2008. And his first piece of work appeared in the anthology What We Wrote, a collection of fiction and poetry. McSwiggan started his blog in 2011, documenting his experiences as a gay guy traveling alone. Since then, he has contributed to books, including Hannah Witton Doing It.

Other than writing, McSwiggan co-produced an award-winning mental health documentary in 2016. His Love Happens Here video was named the best LGBT+ short film at the Buffer Festival in Toronto in 2017. Without a doubt, he deserves the tag of one of the most influential gay YouTubers.

Earnings: The net worth of McSwiggan is not available to the public yet. 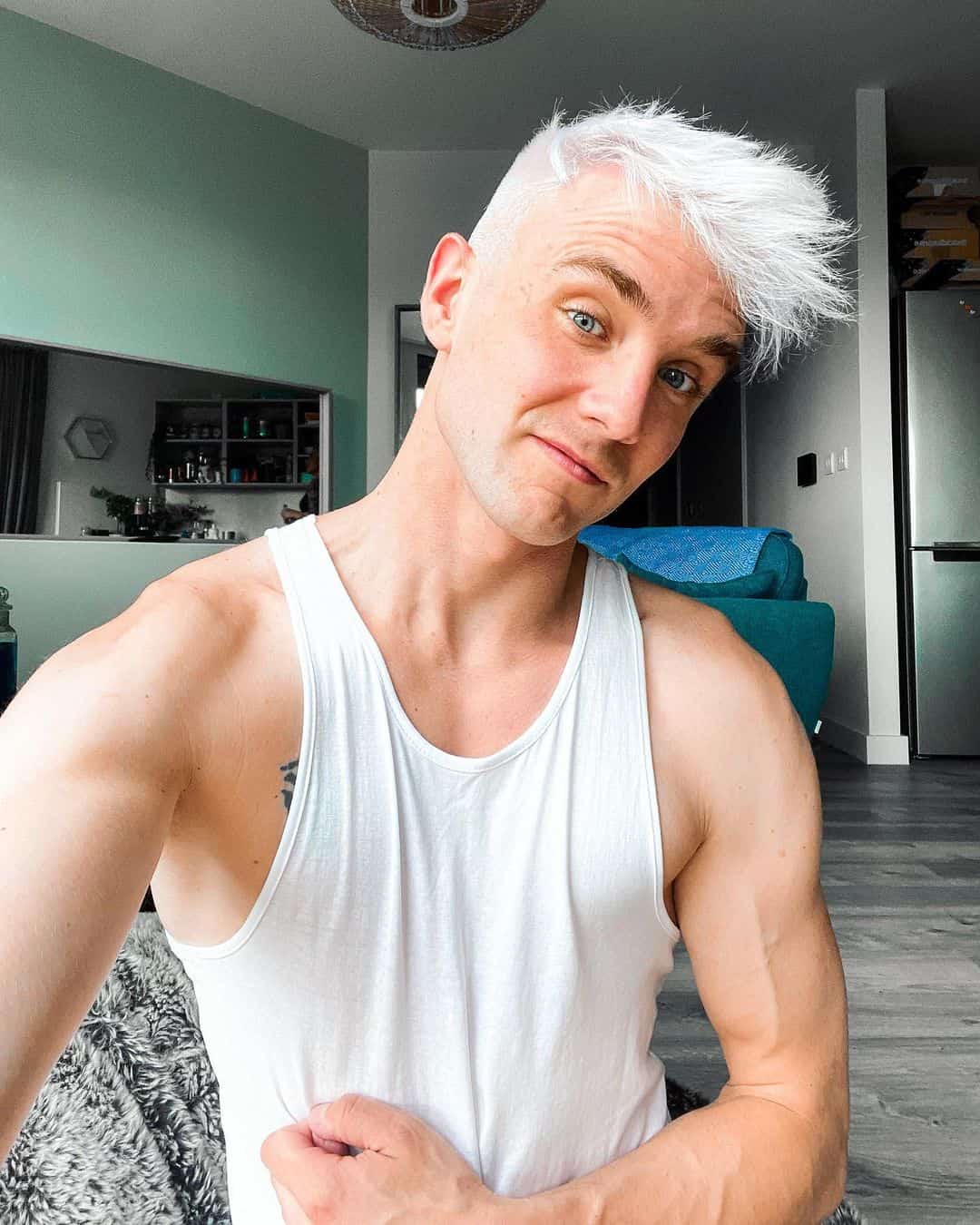 Jack was born in Connecticut.

He currently lives in LA, California.

Jack Mathew Baran, popularly known as ‘thatsojack,’ is a well-known American influencer who has acquired a sizable social media following since launching his YouTube channel. In 2010, he uploaded his first YouTube video, and he quickly became well-known for his amusing posts. Jack is renowned on several platforms, including Twitter, Instagram, and YouTube.

He frequently talks about his preferred music and fashion choices in his videos and does skits. He often works with other YouTube celebrities. In 2015, Jack and Paulina Cerrilla co-starred in an ‘AwesomenessTV comedy as a ‘Starbucks Barista.’ Jack is a part of ‘Fullscreen,’ a digital entertainment company, in addition to his personal channel.

Earnings: Jack has an estimated net worth that lies between $1 million to $5 million. 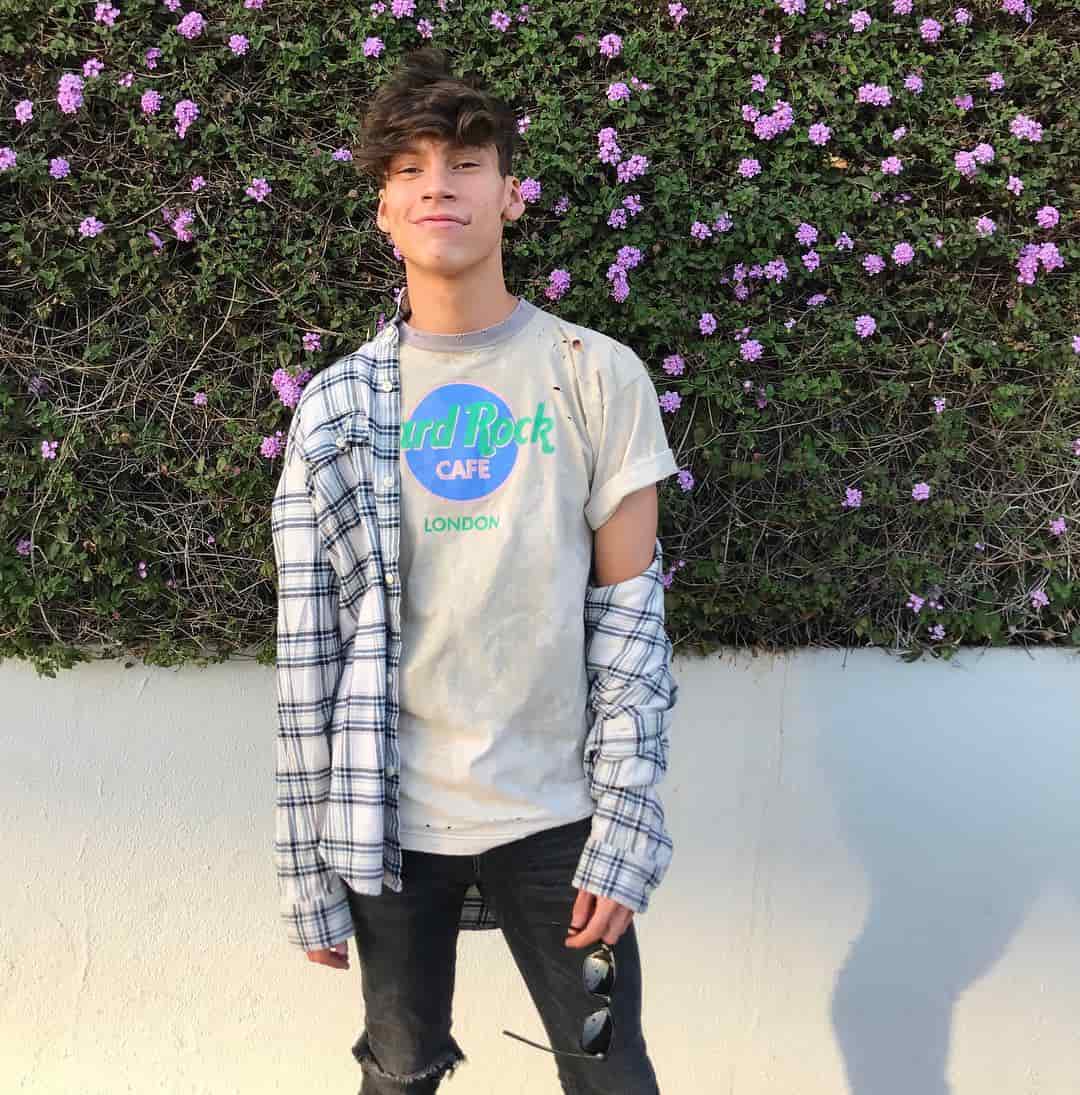 Now you have a list of gay YouTubers that you can follow to stay updated on all things LGBTQ+. These creators are funny, relatable, and inspiring. If you’re looking for someone new to watch or just want to learn more about the gay community, then be sure to check out these channels. 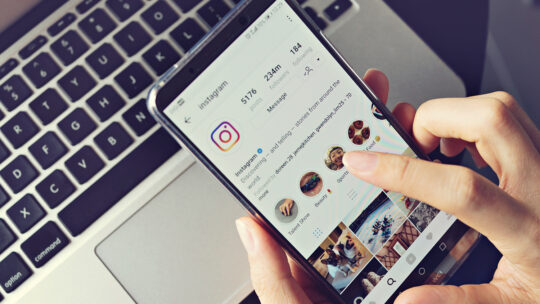 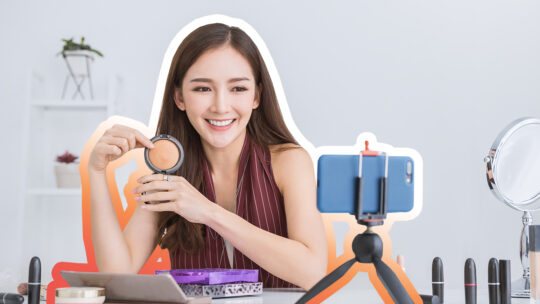